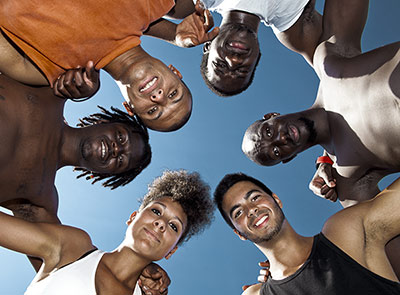 A study of LGBTQI South African students has painted a complex picture of sexuality and found that they face discrimination, violence and a lack of resources.

The first-ever survey of its kind, the study investigated MSM (men who have sex with men) as well as lesbian, gay, bisexual, transgender, queer and intersex (LGBTQI) students knowledge, attitudes, perceptions and behaviours relating to sex, HIV and alcohol and substance use.

According to the findings, just over 10 percent of the MSM students experienced some form of abuse and/or violence based on their sexual orientation at higher education institutions.

Sexual violence was also one of the most concerning factors highlighted in the study. More than one in 10 of the MSM students reported having been forced to have sexual intercourse against their will and three percent indicated that they have threatened to use force to get someone to have sex when they did not want to. Just under 10 percent reported having been hit by a current or previous sex partner.

The researchers said that student MSM are not radically different from other young people in their patterns of risk-taking in relation to sex and HIV but that a lack of dedicated education and health services leaves them more exposed to the risk of infection.

The study found that many MSM are well informed about HIV. Unfortunately, this high degree of awareness did not equate with the avoidance of risky sexual behaviours.

About a half (52%) of MSM said they at some point used alcohol and/or drugs during sex while about a fifth had used it during the last sexual act, and both MSM and non-MSM students inconsistently use protective measures such as condoms and lubricants.

Also, sex with someone other than a primary partner is more common among MSM (71.9%) than in the non-MSM group (45.1%), which raises MSMs risk of STIs, including HIV.

The study was conducted at 14 higher education institutions and was undertaken by Jaco Greeff Brink, from the Stellenbosch University Institutional HIV Office on behalf of the Networking HIV/AIDS Community of South Africa (NACOSA).

Its sample group of 8,869 students included 10 percent who said that they are MSM (but dont necessarily identify as gay); viewed by researchers as a positive sign of openness about their sexuality, despite overall feelings of vulnerability and marginalisation.

The study concluded that discrimination and homophobic attitudes prevent young MSM and LGBTQI people from accessing sexual health services and can make them more vulnerable to sexual coercion and other forms of violence.

Verbal and physical abuse and judgmental attitudes negatively affect the self-esteem of many MSM on campus which in turn contributes to risky behaviours and the avoidance of the services in place to support them, said Sophie Hobbs, writing for NACOSA.

At the launch of the study, Mduduzi Manana, Deputy Minister of Higher Education and Training, said: It is important to recognise the multiplicity of sexual orientations among students and the behaviours associated with various sexual orientations. This report provides a glimpse of the diverse ways in which young people experience sex, relationships and intimacy  and it explores the implications of this diversity for sexual health.

He noted that, MSM and non-MSM students score similarly on having knowledge about HIV  but this study also shows that we have not focused on the former groups specific health and psychological needs and adequate support.

We have been leaving them behind  and we must now change this, urged Deputy Minister Manana.

Dr Ramneek Ahluwalia, Director of Higher Education & Training HIV/AIDS Programme (HEAIDS), said that the findings of the survey will inform further research and programmes aiming to protect students of all sexual orientations from HIV, and support them in other areas of health and lifestyle.

This provides a return on our investment in healthcare, allowing young people to contribute to the welfare of their own families, to our sector and to the economy of the nation as a whole, he commented.