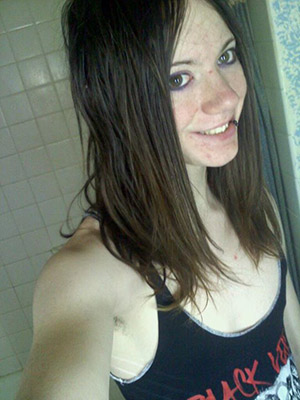 A man has allegedly stabbed and killed his gender nonconforming child, adding to the recent spike in deadly attacks against transgender people in the US.

According to early reports, Kevin Golec, 52, stabbed Bri (or Brian) Golec, 22, in an altercation at their home in Akron, Ohio on Friday night.

The older man told 911 that there had been a robbery at the house during which his child was killed. He also claimed that Bri was in a cult and that it had been responsible for the robbery and the murder.

The police have, however, dismissed the claim and believe that Bri was stabbed in an altercation that only involved the two family members.

Mainstream press initially described the attack as one in which Kevin killed his son, but some LGBT media have reported that Bri identified as a woman and recently returned to a transgender support group.

Other reports suggest that Bri had indeed previously identified as transgender but had more recently started identifying again as Brian, an androgynous pansexual man.

Bri was described as a drummer and an artist who loved her cat and had many friends. It is not clear if the altercation with her father was related to her gender identity.

Kevin Golec was arrested and has been charged with murder and felony domestic violence.

Bri joins a tragic list of five other trans or gender nonconforming people killed in the US this year, including Lamia Beard, Ty Underwood, Yazmin Vash Payne, Taja Gabrielle DeJesus and Penny Proud.

According to the Human Right Campaign (HRC), most were transgender women of colour; the oldest was 33; and most were killed by people they knew.

This violence has to stop, said HRC. The organisation committed itself to working with local and national organisations to address issues like poverty; lack of access to housing, healthcare and employment; and lack of LGBT-friendly safety net services like rape crisis centres and shelters.

We must also work together as a community to change hearts and minds by fighting transphobia, HRC added.