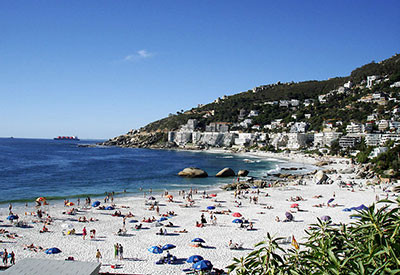 Gay tourism in Africa (other than South Africa, of course) is not the first thing that comes to many peoples mind.

Despite this, the Lesbian Travel Association (ILGTA) has signed an agreement to become a partner association for a leading African travel exhibition this year.

The  World Travel Market (WTM) Africa 2015, which takes places in Cape Town from 15 to 17 April, is a key business expo for Africas leisure travel industry. It attracts 3,000 of the most senior tourism executives from around the continent.

IGLTA, described as the leading global organisation dedicated to LGBT tourism, said that, through the new partnership, it aims to bring more education, awareness, and visibility to LGBT travel in Africa and help its business members better connect with the African tourism industry.

Africa certainly has its challenges when it comes to LGBT issues, with many countries promoting anti-gay legislation in recent months, admitted IGLTA President/CEO John Tanzella. This partnership with WTM Africa is a wonderful opportunity to provide much-needed information on LGBT travel to the African tourism industry, he explained.

Cape Town, well-known as the oasis of gay friendliness in Africa, is a beautiful destination; were looking forward to engaging with WTM Africa in 2015 and carrying that relationship forward, he added.

Managing Director for Thebe Reed Exhibitions, Carol Weaving said she is delighted to have IGLTA on board for the WTM Africa 2015 exhibition.

Were looking forward to a successful partnership between IGLTA and WTM Africa this year and beyond, she said. WTM Africa is an excellent platform to further promote LGBT travel to and from Africa.

IGLTA will be back in Cape Town in 2016 for its Annual Global Convention, the first time this event will be held in an African city.

In September last year, IGLTA revealed that it had met with Uganda Tourism and tourism businesses who bizarrely wanted to promote LGBT tourism to the country, despite it outlawing homosexuality.

In fact, homosexuality is currently illegal in 38 African countries.