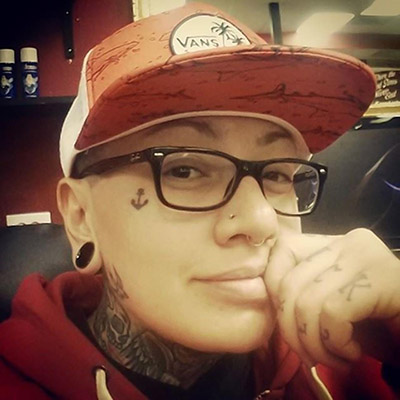 An American pastor has shocked family and friends after he stopped a funeral unless images of the dead woman with her wife were removed from the service.

The incident took place as hundreds gathered for the open-casket memorial of 33-year-old Vanessa Collier in Lakewood, Colorado on Saturday.

However, when New Hope Ministries Pastor Ray Chavez realised that photos of Collier proposing to and kissing her wife Christina in a video were included in the service he put an immediate halt to the proceedings.

In fact, despite it already being 15-minutes under-way, he insisted that no indication that the late woman was gay would be allowed in the event.

Appalled, Colliers grieving friends and family moved the casket and the memorial to a cramped mortuary across the road from the church.

A church turning away a funeral. Who has ever heard of anything like that happening? Jeanette Arguello, a friend, told the Denver Post.

On Tuesday a large group of Colliers supporters and loved ones protested outside the church against its callous action, shouting Give us an apology! and Shame on Pastor Ray!

One of the signs they held up read: You will not find Jesus at New Hope but you will find hypocrisy.

Jose Silva, a friend of Colliers, told ABC News: Sitting there, watching your friend being packed up and shuttled out of a church was just horrific. I organised the march because I wasnt going to let this be the memory of her death. Love is love.