25 January 2015
A Russian court has fined a journalist who created an online support group for LGBT youth for contravening the countrys gay propaganda law. 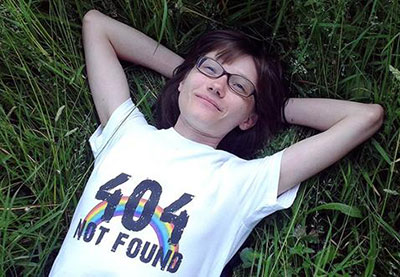 On Friday, the court fined Elena Klimova 50,000 rubles (about R9,000) because it found that she had promoted non-traditional sexual relations.

Klimova is the creator of the Children 404 group, which use social media to help LGBT youth share their experiences and deal with bullying, rejection and suicidal thoughts.

They are also provided with advice from health professionals. Amnesty International called the project, a lifeline to Russian teens.

It is only on the internet that they can find somebody to speak to. The feeling that most of these children feel is constant fear, Klimova told The Guardian in 2013.

Responding to the news, the Russian LGBT Network said it was puzzled by the fact that Klimova was found guilty of propaganda of homosexuality by the same court that less than a year ago had found her not guilty of that offence. (She was charged in January 2014 in a separate case and was found not guilty on 21 February 2014.)

The group also claimed that the court had violated Klimovas right to effective legal protection by refusing to pause the trial even though her lawyer was ill and unable to attend court.

Despite the fact that the lawyer was absent for medical reasons, and Elena was left without any defence in the court, the judge decided not to postpone the hearing, said the groups lawyer, Maria Kozlovskaya. We are going to challenge this decision at all levels including the European Court on Human Rights.