28 January 2015
The LGBT victims of the Nazi regime are being remembered alongside the millions of murdered Jews as many parts of Europe, including the UK, mark Holocaust Memorial Day. 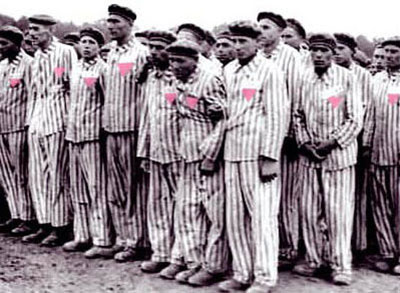 While most people are aware that an estimated 6 million Jewish people were systemically decimated by the Nazis, few know that thousands of LGBT people  mostly gay men  were also targeted because of their sexuality or gender expression.

Its believed that more than 54,000 homosexuals were arrested and as many as 10,000 died as a result of murder, ill treatment or starvation in the Nazi Concentration Camps between 1933 and 1945.

In 1937, the head of the SS Nazi armed wing, Heinrich Himmler, described the killing of homosexuals as the extinguishment of abnormal life. It had to be got rid of, just as we pull out weeds, throw them on a heap, and burn them.

He added: This is not out of a spirit of vengeance, but of necessity; these creatures must be exterminated.

Homosexuals were regarded as undesirables by the Nazis as they were associated with a decadent lifestyle and failing to further the aims of the Aryanisation of Germany. The mere suspicion of homosexuality was reason for arrest. If homosexuals were charged, they could lose everything: their jobs, their homes, their honour, their freedom.

In 2011, Rudolf Brazda, the last-known remaining gay holocaust survivor of concentration camps, died in his sleep in the French town of Bantry at the age of 98. We gays were like hunted animals, Brazda recalled before his death. Wherever I went with my companion the Nazis were always already there.

Over the years, as awareness of the LGBT Nazi victims has grown, LGBT holocaust memorials have been erected in cities such as Amsterdam, Berlin, San Francisco, Sydney and Tel Aviv. 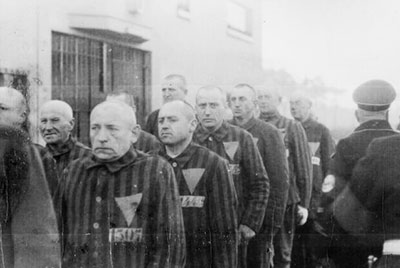 This week, the UKs Deputy Prime Minister, Nick Clegg, told PinkNews that gay victims of Nazi persecution should be included in a national Holocaust memorial.

Any memorial remembering the Holocaust should recognise the persecution of non-Jewish victims whilst maintaining the centrality of the six million murdered Jews, he said.

Clegg explained that a commission set up last year by the government to create a permanent memorial to the Holocaust in Britain should bear this in mind.

Its incumbent for the commission to ensure that the persecution of gay people is included in the memorial, perhaps with the inclusion of the pink triangle, he said.