Kenya says no gays have been jailed because of their sexuality 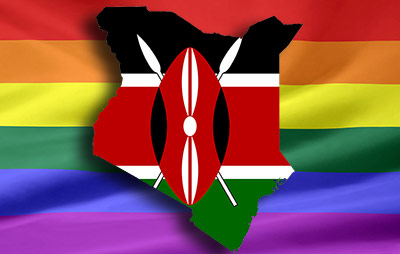 Kenyas government has defended its LGBTI rights record at the UN Human Rights Council in Geneva, and claimed that it is not enforcing its gay sex ban.

On Thursday, the country addressed the issue during its UN Universal Periodic Review, a process that all UN members undergo every four years.

She urged the country to adopt a comprehensive anti-discrimination law affording protection to all individuals, irrespective of their sexual orientation or gender identity.

Denmark also expressed its concern about the continued harassment and discrimination of LGBTI persons and encouraged the country to take action against incitements to hatred against LGBTI persons and to decriminalise consensual same-sex conduct between adults.

Kenyas Attorney-General, Githu Muigai, responded by explaining that the three divisive issues of abortion, the death penalty and sexual identity had almost led to the scuppering of talks to create the countrys 2010 Constitution.

What we decided then  and this is our view now  is that these are issues which we shall address as we go along, creating dialogue, creating opportunities to discuss and form social consensus on the issue, he said.

Muigai argued that Kenya has made tremendous progress on LGBTI issues, stating that we do not have a single individual in Kenya who can cite the application of the criminal law against themselves on the basis of their sexual orientation.

He further insisted that, We do not have any social or public institution that can discriminate against an individual on the basis of their sexual orientation. It is not government policy and it would not happen.

Muigai welcomed recent progressive judicial rulings asserting the rights of intersex and transgender people to be recognised by the government.

This is not a matter that Kenya has swept under the carpet, it is a matter that is receiving active discussion in many many forums, he concluded.

A June 1014 report by a coalition of civil society groups concluded that Kenyan leaders consistently speak out against sexual minorities and incite and propagate hateful sentiments against LGBTI persons and expose them to increased spates of violence and prejudice from the society.

They also asserted that LGBTI people face numerous barriers to accessing health care in the country.

Under Kenyas penal code, same-sex consensual sex among adults is punishable with between five to 14 years imprisonment.

In August 2014, there were reports that a proposed anti-homosexuality bill that would allow the execution of anyone found guilty of aggravated homosexuality was thrown out by parliaments Justice and Legal Affairs Committee.