16 May 2017
Activists from the Love Not Hate Campaign are this month highlighting five hate crime cases that reflect the appalling level of injustice and inequality faced by LGBTI victims.
Not only did four of the individuals documented here suffer horrifically, but their family and friends have been further traumatised by an inept and uncaring criminal justice system.
These stories make for harrowing and depressing reading. Tragically, say those behind the campaign, these experiences are broadly representative of many LGBTI hate crimes in South Africa. 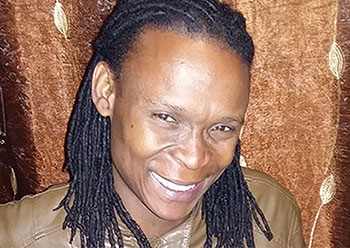 Bobby was a 35-year-old final year music student from the University of North West, Potchefstroom Campus.
He was openly gay and his friends and family described him as a sweet and humble soul. His lecturer said that Bobby would have graduated top of his class if he was alive on graduation day.
Bobby was found dead in his bedroom on the 10th of November 2015. There were no signs of forced entry. Bobbys keys, cellphone and watch were stolen. He was stabbed 39 times in his chest and back with a sharp object.
The Love Not Hate Campaign called for members of the community who may have information of the murder to come forward. A student from the University of North West indicated that he saw Bobby being attacked by three men at a bar on campus a week before the murder. The bar manager said that he would provide the police with CCTV footage on a formal request.
The Investigating Officer, Bonita Dry, was provided with this information and indicated that she would follow-up. However, Officer Dry has been unavailable to give feedback. OUTs Hate Crime Manager contacted the Potchefstroom Police station eight times between February and May 2016. On most occasions, Officer Dry was unavailable or was away on leave. On the few occasions when OUT managed to contact her, she would say that they were nearing an arrest. This was in February 2016 and no arrests have been made. 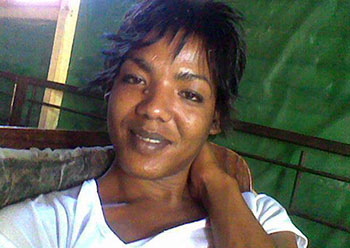 Phoebe (30) was a transwoman from Wolseley, a small town in the Western Cape Province. Phoebe was a hairdresser and spent most of her time at a local hair salon where she worked. On the 27th of December 2015, Phoebe went to the local shops to buy ice lollies. She accidentally stepped on a 15-year-old boys toes at the shop entrance. The name of the young boy was withheld because he is a minor. It is alleged that the boy shouted transphobic slurs at her. An irritated Phoebe replied that she was tired of being called names.
An older man, said to be in his twenties, handed the young boy a knife and urged him to stab Phoebe. The boy stabbed Phoebe in the neck. She tried to walk home from the shops and collapsed about 500 metres from the shops. Paramedics found her in a pool of blood and declared her dead at the scene. The police arrested the young boy later that afternoon and he was released on bail the next day.
The boy appeared in the Wolseley Magistrates Court a few days later. He pleaded guilty to the murder charges and he was released into the custody of his grandmother. Activists working on the case have indicated that they are unsatisfied with the outcome because the boy could have been taken to a youth detention centre.
Furthermore, the prosecution has not looked into information about the older man who allegedly handed the young boy a knife. Triangle Project in Cape Town followed-up with the prosecution in January 2016, with regard to further investigations being done. However there was no clear response, with the police stating they will look into it. 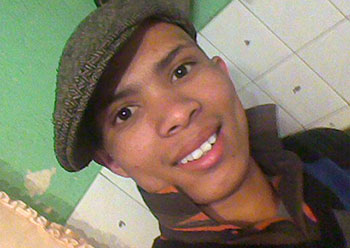 David (23) was murdered in March 2014 in Bella Vista, just outside Ceres. David was known in his community and enjoyed participating in drag events and socialising.
He was murdered in an abandoned pump house, not far from where he was staying. According to police reports, the perpetrator invited a group of young men on the night of the murder, to come watch him kill a moffie.
David was beaten before being set on fire. Forensic reports confirmed that David was alive during the attack because smoke was found in his lungs. Christo Onkers was arrested in connection to the murder. Onkers is also from Ceres and he is mentally challenged.
The trial was marked by numerous delays, most of which were related to the accuseds difficulty with cooperating with the prosecutors. In addition to the delays, the prosecution presented one of the weakest cases activists had seen over the years. The points and facts raised by the prosecution, were all directed at a clear aim of finding Chriso Onkers guilty of this crime as soon as possible. Activists indicated to the prosecutors that Christo Onkers could not have acted alone and that the blame was shifted to him by the other perpetrators because he is mentally challenged.
In September 2016, Christo was found guilty and sentenced to 17 years imprisonment. However, the judge admitted that other people involved in killing David had likely escaped justice and he insisted that this case should be kept open and that further investigations must be done. It is not clear how this process will be conducted. 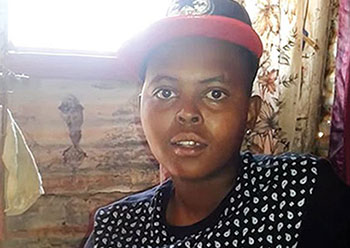 Motshidisi (21) was a proud lesbian woman from Evaton North, south of Gauteng. Her aunt described her as a bubbly, friendly and humble person. She also said that Motshidisi loved to dance and she was talented. Motshidisi had just finished with her Grade 12 (Matric) exams a month before she was brutally raped and murdered on the 16th of December 2015.
On the 18th of December 2015, her body was found in an open field in Evaton North. She had been missing for two days. Her face was burnt with acid and one eye had been gouged out. Her breasts had been cut off. Her mother recognised her body in the mortuary from the tattoo on her leg.
Pascalina had been at a social gathering with a friend on 16 December. She went to the bathroom and never returned.
On the 12th of January 2016, the Vaal LGBTI Organisation marched to the Mafatsane Evaton Police Station and handed over a memorandum to the MEC for Public Safety in the Emufuleni Local Municipality demanding the perpetrators be arrested. The petition also called for SAPS to speed up its investigation on this and other cases.
At the time of Pascalinas murder, the case was handed to an investigating officer who was on leave. No work was done on the case in his absence. There has been no response to the memorandum that was submitted over a year ago and no arrests have been made. 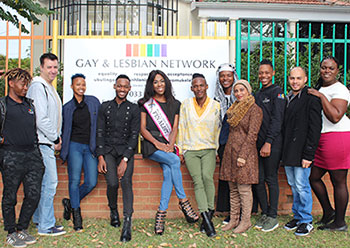 In May 2016, Mr. Nhlanhla Buthelezi, representing a local KwaZulu-Natal political party by the name of The Peoples Revolutionary Movement (PRM), made homophobic remarks on a radio station, Vibe FM. The party only participates in local elections, while the station is also based in KwaZulu-Natal. In the interview, Mr. Buthelezi indicated that PRM does not accept homosexual people and that this is stated in their constitution. He went on to say that if he discovers that there are homosexual members in the organisation, he will dismiss them.
He further announced that any homosexual person should not associate themselves with PRM and that he is prepared to form coalitions with other political parties in the country to work together against the acceptance of homosexual people as members and/or leaders of various political parties.
In June 2016, Mr. Buthelezi was requested by several LGBTI organisations to apologise and retract his statements, which he refused. The Gay and Lesbian Network in Pietermaritzburg went on to take the party to the Equality Court over the comments. The matter has since been moved from the Pietermaritzburg Magistrate Court to the Durban Magistrate Court.
In recent weeks, two other new horrific LGBTI hate crime attacks have come to light:

The half naked body of 27-year-old Lerato, described by activists as a butch lesbian, was discovered in Naledi Ext by community members who were cutting down tall grass in a field near a railway line.
Her trousers and underwear had been pulled down. Large rocks had been thrown onto her head. It is believed that she was raped. Moloi was last seen in the early hours of Sunday morning at the Gifts Inn tavern with a 38-year-old man, who has now been arrested as a suspect in the murder. 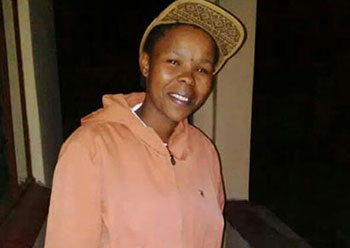 The burnt-out body of 28-year-old Nonkie was found in the township of Maokeng on April 4. Because the body could not be visually identified, the young lesbian womans family were left in limbo for more than four weeks awaiting the outcome of DNA tests. They were also not able to bury her until these were completed.

Her funeral finally took place on 13 May. Three men were arrested in connection with the murder. All were released and one has been charged with robbery. Activists hope that forensic evidence will lead to murder charges.