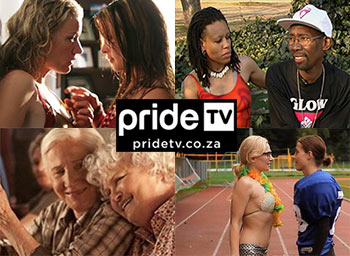 Youve begged for it. Youve demanded it  and now its finally here. South Africas (and Africas) first LGBT video on demand channel has been launched.
Our community has been consistently ignored by traditional TV channels, whove offered only small smatterings of content that speaks directly to us and that unashamedly tells our stories. And things have only gotten worse in recent years.
The demise of the Out in Africa Gay and Lesbian Film Festival has dramatically reduced our access to independent LGBT films, while LGBT-themed content on broadcasters is being increasingly restricted; thanks to homophobic and transphobic viewer complaints and repressive censorship laws in other parts of Africa.
PrideTV is set to change all that  providing South Africa, and the rest of Sub-Saharan Africa, with an affordable and growing library of LGBT movies and series. PrideTV is riding the wave of new Video on Demand (VOD) online services that are revolutionising the entertainment world.
Pride TVs launch slate of movie titles makes it the choice destination celebrating the best of LGBT independent studios and movies, works online via internet or wi-fi and can be played out on your smart tv, computer, laptop, tablet or mobile phones (both iOS and Android), making it accessible nationwide direct to consumers. A simple HDMI cable connection from your laptop to the TV set enables playout to the screen.
Heres how it works: Subscribe to PrideTV for R79 a month (or R790 for 12 months  2 months free) on their site with your credit card or by charging the billing to your mobile airtime. Youll then be able to watch as many of the movies, documentaries and series as you want, any time, night or day.
PrideTV has launched with over 200 titles of content from all over the world and across all genres; from classic and edgy to new and heart-warming. There are comedies, sexy college boy thrillers, horrors, love stories, gripping dramas and doccies about LGBT issues and personalities. Around 65% of the content is gay male focused and 35% deals with lesbian and transgender themes.
According to Joanne Raphael Katz, Pride TV Content Manager, this is just the start. New content will be loaded onto PrideTV on a regular basis; especially more big screen classics, new independent releases and TV series. The platform is highly curated with the best selections from top producers and film makers that have won many awards and festivals.
PrideTV is more than just a movie site
We believe that there is a gap in the market. Its about time that the neglected LGBT community has a voice, with content that spans all the issues that people can relate to. Not to mention the entertainment value that we are offering, she says.
We know that LGBT people are early adopters of technology so were confident that they will join the online streaming revolution. The best part is that we can reach anyone in Sub-Saharan Africa, Katz added.
PrideTV acknowledges that South Africa and the rest of the continent are only now beginning to access more affordable broadband and so the service has been planned to accommodate all kinds of users. 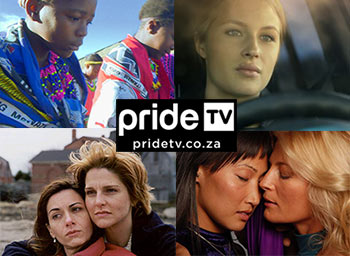 We make use of Adaptive Bit Rate Technology, which allows us to automatically compensate for limited broadband connections, Etienne Joubert, Chief Technology Officer explained. That means you only need a minimum 2Mbps connection to view our content. Obviously, the better your connection, the better the quality of the video that we can offer, including HD.
In addition to continuing to expand the movies and shows on offer, PrideTV has big plans for the future. This includes presenting more local content (get in touch if youre a producer or filmmaker via info@pridetv.co.za), producing its own original content, like chat shows, as well as streaming live from events like Pride.
We want to create not just a movie site but also a lifestyle site for the LGBT community that works with and supports the community, says Alicia Antill Marketing Media Officer for Pride TV. She points out that PrideTV has already partnered with GaySA Radio and Mambaonline.com, which has star rated much of the content on offer. It also has a news feed and the best of LGBT social media trending videos for free.
Antill is enthusiastic about PrideTV and the opportunities it can offer to enlighten and entertain the LGBT community. Sign up, she says. Give us your feedback; tell us what works and what doesnt. Let us know what you want to see. We will listen.
Go to www.pridetv.co.za now to get more info and to subscribe. Its just R79 a month, no cancellation fees  or sign up for a year at R790 and only pay for ten months.